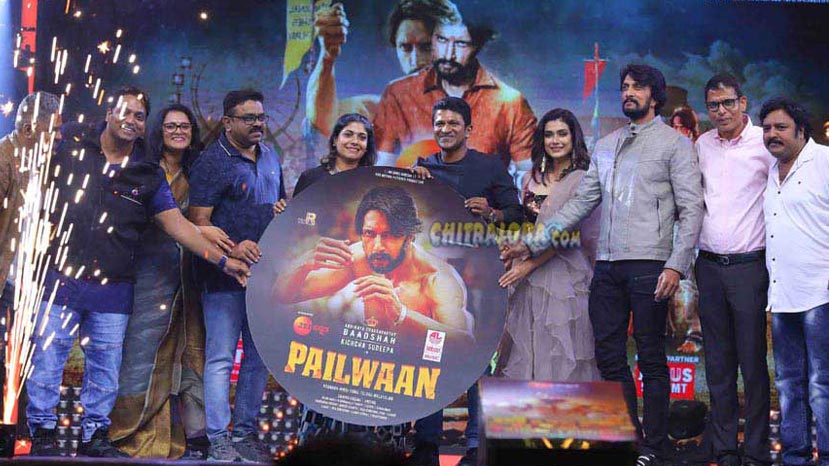 After delays and postponements, the songs of Sudeep starrer 'Phailwaan' has been finally released in a grand event held at the Kormangala Indoor Stadium in Bangalore on Sunday.

The audio release event was jointly organised by the team and Zee Kannada and was attended by Puneeth Rajakumar, Bollywood's well known choreographer Ganesh Acharya, Lahari Velu, Priya Sudeep, lyricist V Nagendra Prasad, director S Krishna, producer Swapna Krishna and others. The songs of the film was released amidst much fanfare.