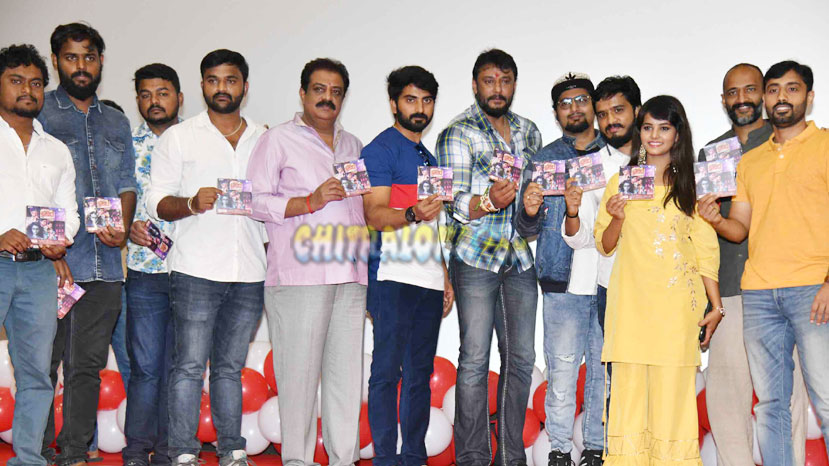 Kishore-Priymani starrer 'Nanna Prakara' is all set to release on the 23rd of August. Meanwhile, the songs of the film as well as the trailer was released by 'Challenging Star' Darshan on Thursday evening in Bangalore.

The audio and trailer release event was organised and Darshan came over as chief guest and released the songs as well as trailer. Apart from Darshan, former minister Zameer Ahmed Khan, Cheluvarayaswamy, Magadi Balakrishna and the team members were present at the occasion.

'Nanna Prakara' is written and directed by debutante Vinay Balaji. The film stars Priyamani, Kishore, Mayuri, Vihan, Niranjan Deshpande and others in prominent roles. Manohar Joshi is the cinematographer.