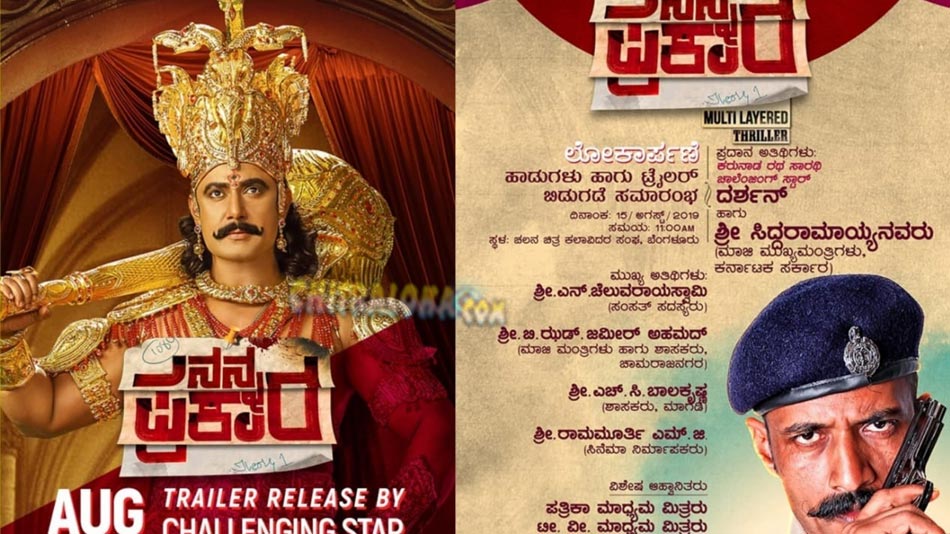 With a distinctive philosophy of Karma on what goes around, comes around, Nanna Prakara, the debut venture of Vinay Balaji as director is all set to hit the screens on August 23. The film stars Priyamani, Kishore, Mayuri and others. The film produced by GVK combines and S Gururaj

"We are eagerly waiting for the release day since our movie is on a different concept and we are confident that people will accept the movie. The the trailer and audio release we have approached a prominent person to be the chief guest and he has also agreed to come. Will disclose his name very soon," director Vinay told Chitraloka.

The suspense thriller with a guaranteed edge of the seat experience will see National award winning actress Priyamani in a unique role along with Kishore. Certified with U/A by the censorship, the music of the film is scored by  Arjun Ram.

The VFX-artist turned director Vinay has worked with A Harsha and Naresh Kumar in the past and is hopeful that the audience will appreciate the effort of his entire Nanna Prakara team.