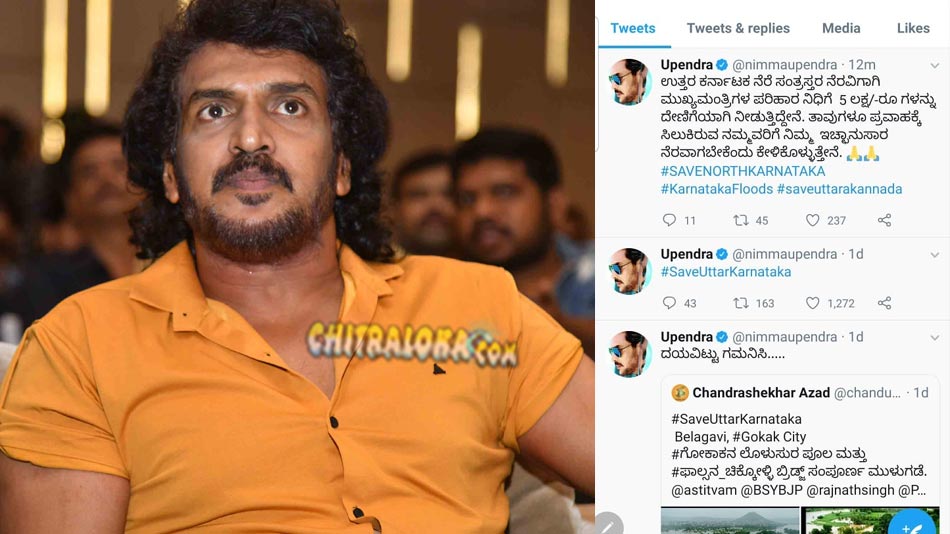 Actor-director Upendra on Thursday donated Rupees Five Lakh towards the Chief Minister Relief Fund and has urged others to donate to help people in the flood hit areas of North Karnataka.

Meanwhile, some more celebrities including Rakshith Shetty and others are arranging the collection and supply of relief materials to flood affected places in Karnataka. Rakshith's Paramvah Studios has also asked people to join the cause by making contribution.