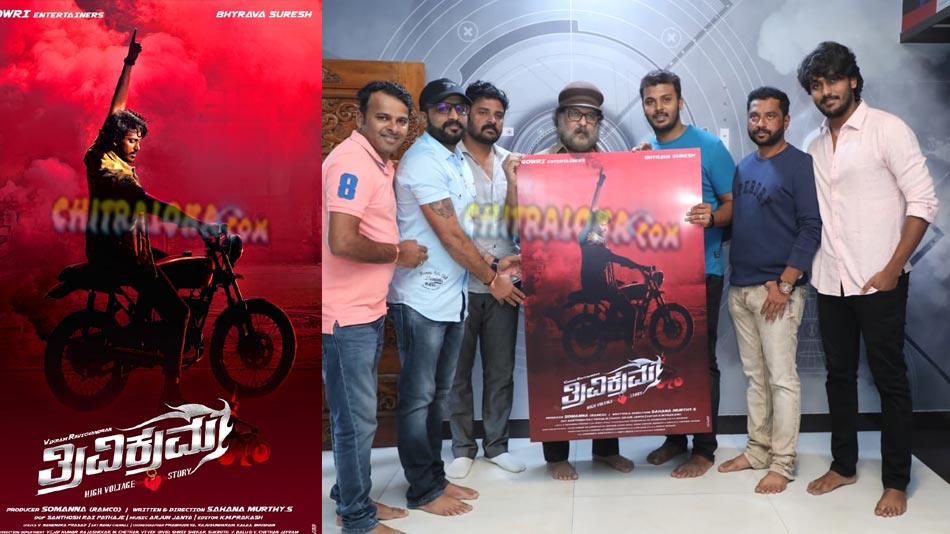 Actor-director Ravichandran on Wednesday released the first look poster of his son Vikram's debut film 'Trivikrama', which is all set to be launched on the 09thh of August.

The photo and teaser shoot of the film was done recently. But the team has kept the first look strictly under wraps. Ravichandran on Wednesday officially released the first look of the film. Actor Vikram, director Sahana Murthy, producer Santhosh Rai Pathaje and others were present at the occasion.

'Trivikrama' is being written and directed by Sahana Murthy. Akanksha Singh is the heroine. Apart from that, Akshara Gowda, Sadhu Kokila, Tulasi Shivamani, Chikkanna, Suchendraprasad and others play prominent roles in the film. 'Trivikrama' is being produced by Somanna and Suresh. Arjun Janya is the music director, while Santhosh Rai Pathaje is the cinematographer.