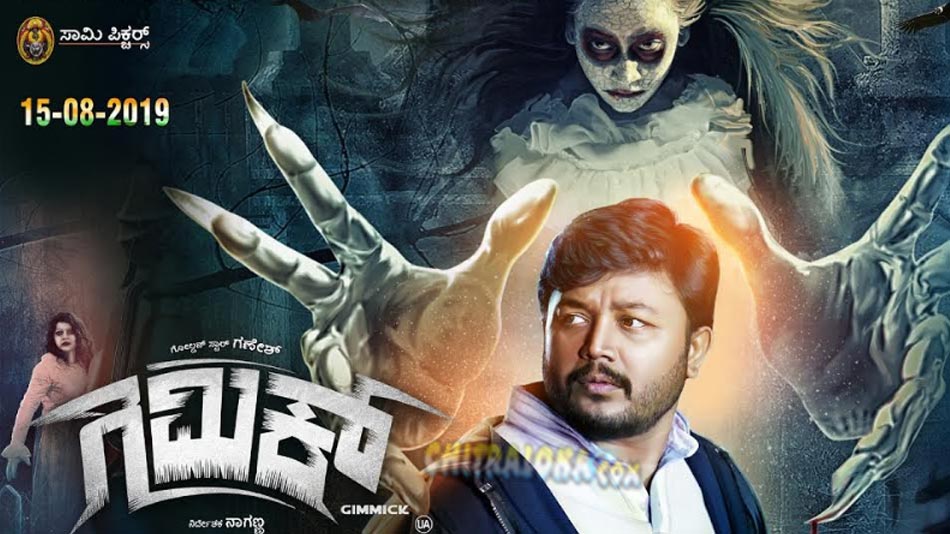 Golden star Ganesh's first horror comedy 'Gimmick' is is releasing the film on the 15th of August across Karnataka.

'Gimmick' is directed by senior director Naganna, while the film is being produced by Deepak Saami under Saami Pictures banner. Arjun Janya has composed the music for the film, while Vignesh Vasu is the cinematographer.