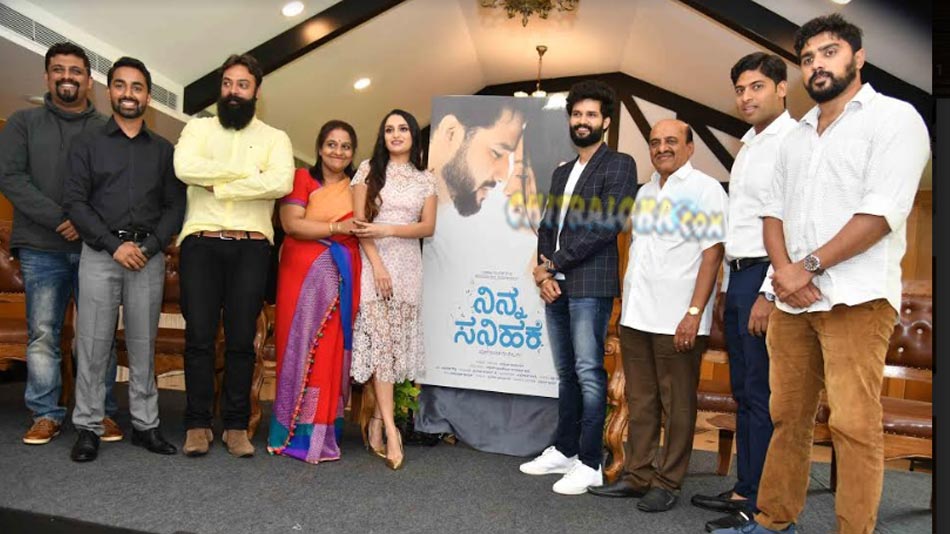 Dr Rajakumar's grand daughter Dhanya is all set to make her debut in Sandalwood through new film called 'Ninna Sanihake'. The team had completed the photo shoot last month and the first look of the film was unveiled recently in Bangalore.

Well known producer and Dhanya's uncle S A Govindaraj unveiled the first look of the film, which is all set to go on floors. The film is an out and out love story and Suraj Gowda and Dhanya plays lovers in this film.

'Ninna Sanihake' is written by actor Suraj Gowda, while Suman Jadugar is the director. The film is being produced by White and Grey Media. Raghu Deekshith is the music director.