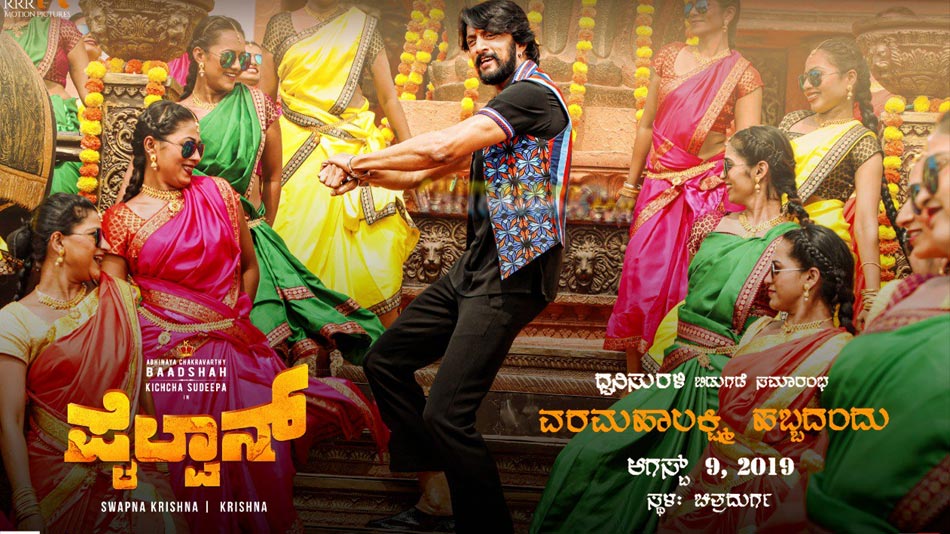 The audio release event of Sudeep starrer 'Phailwan' which was scheduled on the 27th of July was postponed due to various reasons. Now the songs of the film will be released officially on the 09th of August at Chitradurga.

The makers of 'Phailwan' have decided to organise the audio release event in Chitradurga because Sudeep has a huge fan following there. Director-Producer Krishna is planning a big event there and Sudeep along with Sunil Shetty will be participating in the event.