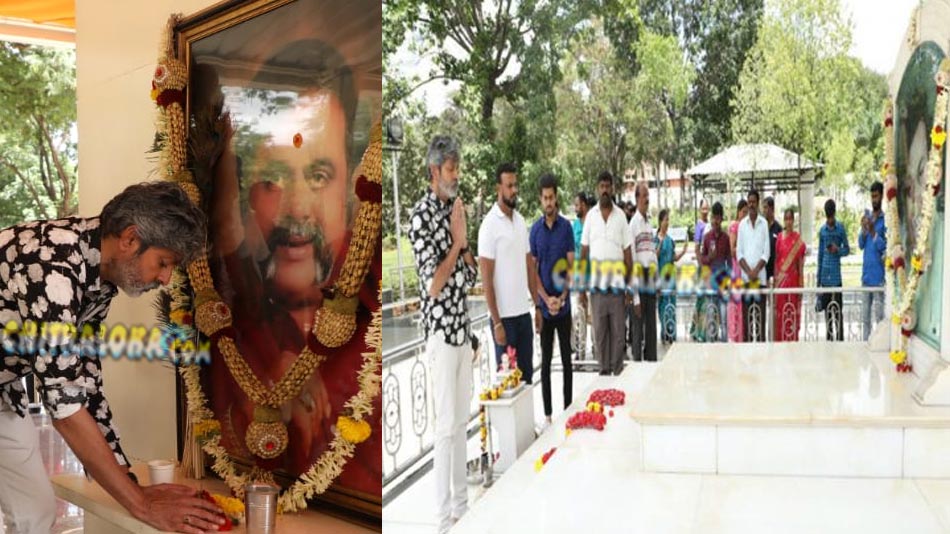 Well known Telugu actor Jagapathi Babu on Friday visited the memorial of Dr Rajakumar and Ambarish at Kanteerava Studio and paid homage to the legendary actors of the Kannada film industry.

Jagapathi Babu was in Bangalore for the shooting of his latest film 'Robert' at the Kanteerava Studio. Before the start of the shooting, Jagapathi Babu along with producer Umapathi Gowda and others visited the memorial and paid homage to Dr Rajakumar and Ambarish.

Jagapathi Babu plays a negative role opposite Darshan in this film. 'Robert' is being written and directed by Tarun Sudhir.