Ganesh And Diganth Back With Yogaraj Bhatt 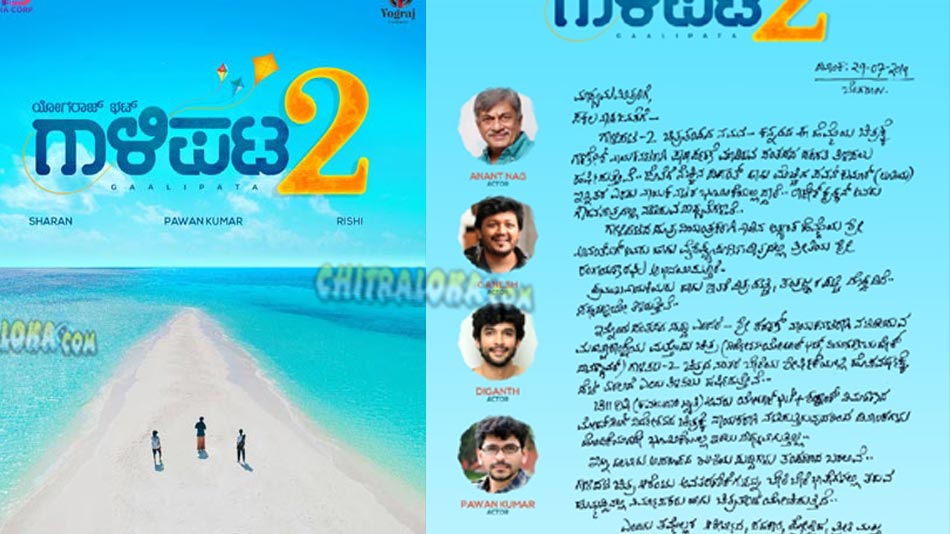 If everything had gone right, then Yogaraj Bhatt's new directorial 'Galipata' should have been launched by now. But there is a major change in the film and Ganesh and Diganth have replaced actors Sharan and Rishi in this film.

Director Yogaraj Bhatt himself has confirmed that Ganesh and Diganth have come on board of 'Galipata 2' and have replaced Sharan and Rishi for various reasons. Ganesh and Diganth had played main roles in 'Galipata' along with Rajesh Krishnan and will be continuing in this film also. Though Rajesh Krishnan is acting in this film, he will be seen in a cameo role and 'Lucia' Pavan will be seen in the third lead.

Apart from them, Ananth Nag and Rangayana Raghu who had acted in 'Galipata' will also continue to act in this film. While, 'Galipata' was produced by Suryaprakash Rao, this film is being produced by Mahesh Danannavar. The shooting for this film will start from August.