Ullasa Utsaha Gearing Up To Release 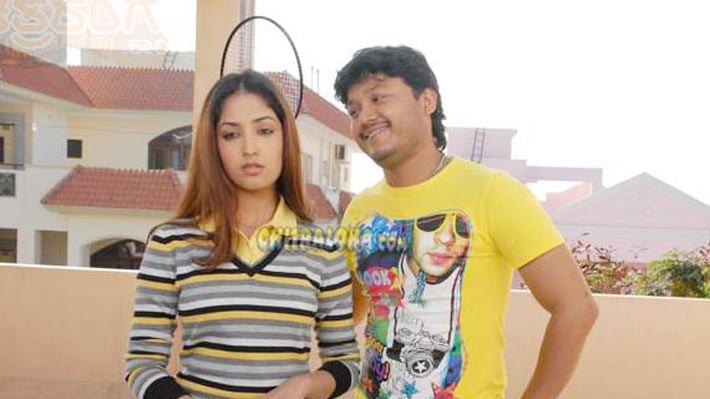 Golden Star Ganesh's recent release and much expected Maleyali Jotheyali produced by his wife Shilpa Ganesh is struggling at the box office. Now, producers of Ullasa Uthsaaha which also stars Ganesh are geared up to release their film now.

Incidentally, Yami Gautham who had earlier acted in a historical teleserial Raaj Kumar Aaryyan which was telecasted by the NDTV Imagine channel a few years ago has placed high hopes on her debut Kannada film.

Talking about her experiences of working in her first film Yami Gautham says that she had enjoyed working with a top star like Ganesh in the film.