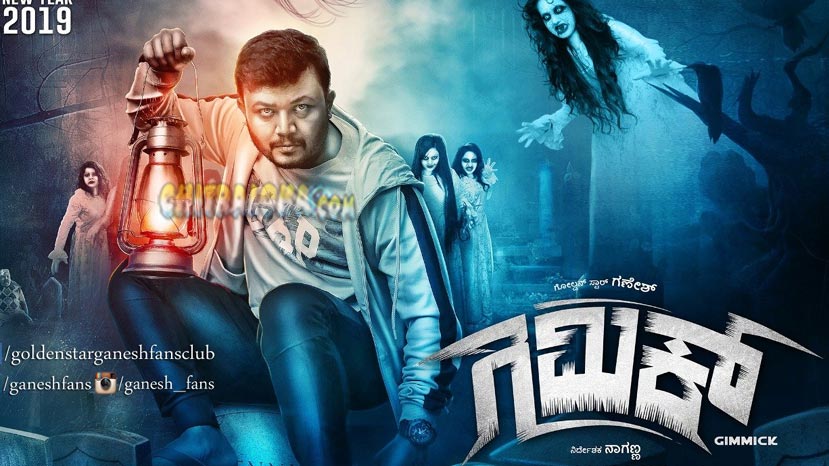 Ganesh's first horror comedy 'Gimmick' is complete and the Regional Board of Film Certification has given an U/A certificate for the film. With the censor certificate in hand, the team intends to release the film on the 09th of August across Karnataka.

'Gimmick' is directed by senior director Naganna, while the film is being produced by Deepak Saami under Saami Pictures banner. Arjun Janya has composed the music for the film, while Vignesh Vasu is the cinematographer.

'Gimmick' stars Ganesh, Ronicka Singh, Ravishankar Gowda, Shobharaj, Sangeetha, Sundar Raj and others in prominent roles. The trailer of the film was released in the You Tube channel of Anand Audio recently and the trailer has got good response from the audience.