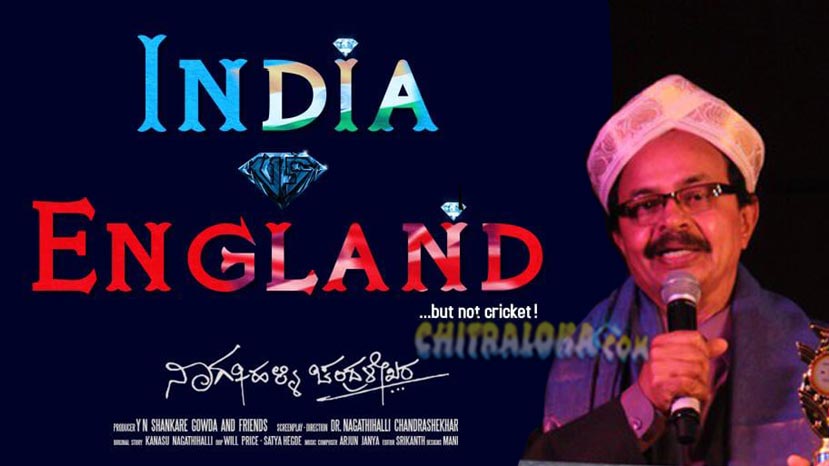 The title of Nagatihalli Chandrashekhar's new film has been unveiled in London on Saturday. The film has been titled as 'India VS England' with a tagline 'Aadre Cricket Alla'.

Earlier, the film was tentatively titled as 'Love in London'. However, Nagatihalli had announced to reveal the title during the Karnataka Samskrithi Siri programme which was scheduled in London on Saturday. Finally, the film's title has been unveiled and the title is 'India VS England'.

Meanwhile, the first song called 'Kannada Kali' composed by Arjun Janya was released during the occasion. The song is written by Mattur Nandakumar and Supriya Lohith has sung the song. Arjun Janya is the music composer of the film.