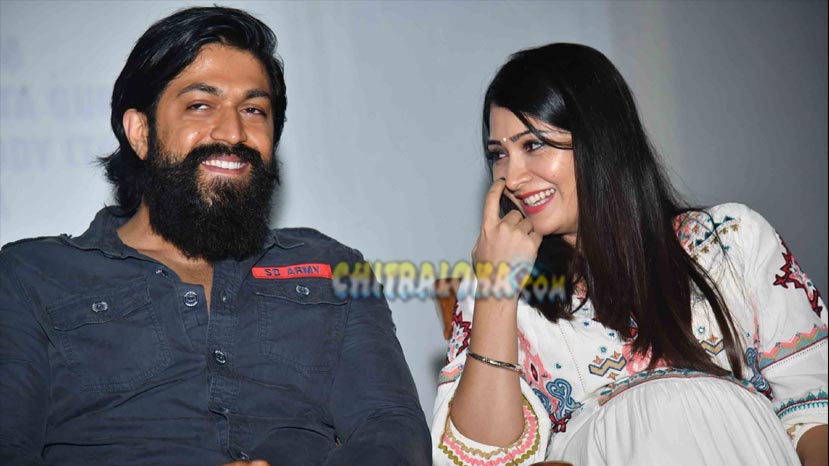 Rocking Star Yash who is currently busy with the shooting for the second chapter of KGF, is all praises for his better half Radhika Pandit. The star actor who launched the audio of Adi Lakshmi Purana, has expressed that Radhika is a very talented actress and is hopeful of the success of the movie.

"It was me who first heard the story of the Adi Lakshmi Purana. I was impressed by it and eventually shared it with Rockline Venkatesh after I heard it again with Radhika, and thus movie took off. Radhika is a talented actress and it is up to her on what kind of movies she wants to take it up in future. Neither me or any of my family members shall ever come in her way when it comes to her passion for acting," Yash said at the event.

The actor also commended the works of Bhandari brothers since their works from Rangitaranga and wished both Anup and Nirup Bhandari, the best for their future projects.