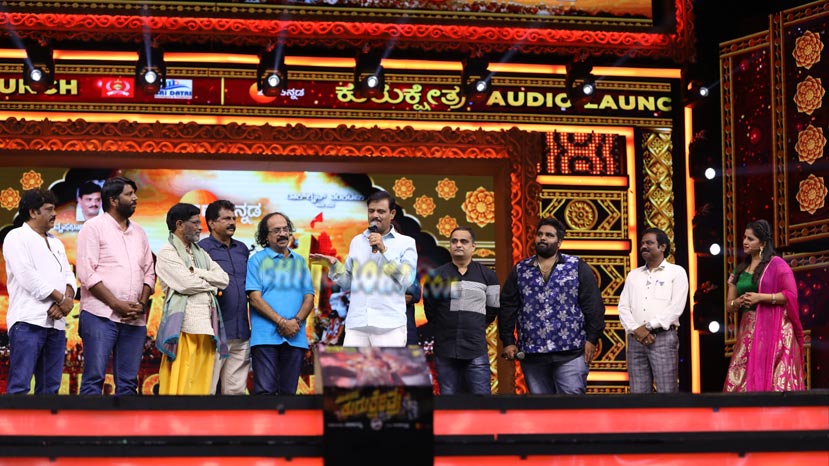 The songs of Darshan starrer 'Kurukshetra' was released in a grand style in Bangalore on Sunday night. The event was a held at the Kormangala Indoor Stadium.

The fun filled event was attended by Darshan, Ravichandran, Haripriya, Shashikumar, Sonu Sood, Lahari Velu, Minister D K Shivakumar, Sadhu Kokila, Avinash and others. he songs of the film is composed by V Harikrishna and Lahari Audio has released the songs of the film.

'Kurukshetra' is directed by senior director Naganna, while Muniratna is the producer. The film will be releasing in five languages across India on the 02nd of August in 2D and 3D.