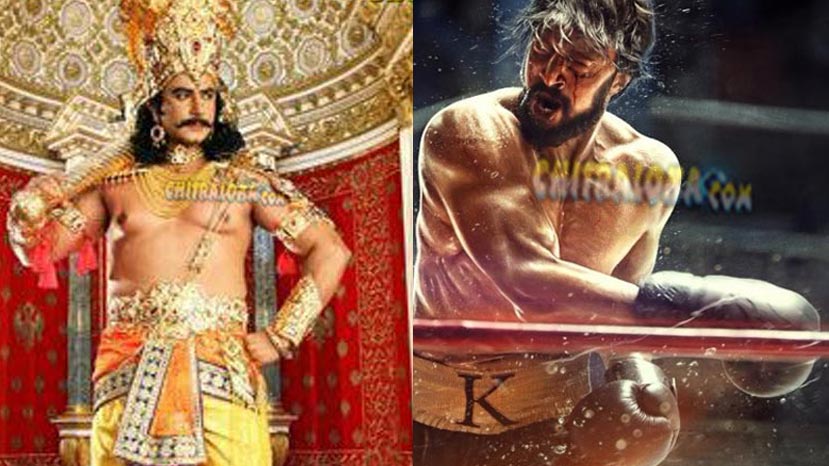 India's first mythological film in 3D 'Kurukshetra' and Kichcha Sudeepa's most awaited venture 'Pailwan' were headed for a straight clash when the makers of both the films, who previously announced that they will release it on the occasion of Varamahalakshmi festival. However, thanks to the rain god, the biggest clash on the silver screen has been averted.

In fact, the release of Munirathna Kurukshetra has been preponed with date being August 2 instead of August 9 as earlier announced. Renowned producer Rockline Venkatesh, is distributing the biggest mythological in 3D in five languages.

Whereas, the release of Krishna directed Pailwan film starring Kichcha Sudeepa, has been pushed further with tentatively scheduled to August 29. According to Krishna, the graphics works of the film has been stalled for now due to heavy rains in Mumbai. He has said that the work is expected to resume once the rain recedes in Mumbai, where the graphics of Pailwan is being done