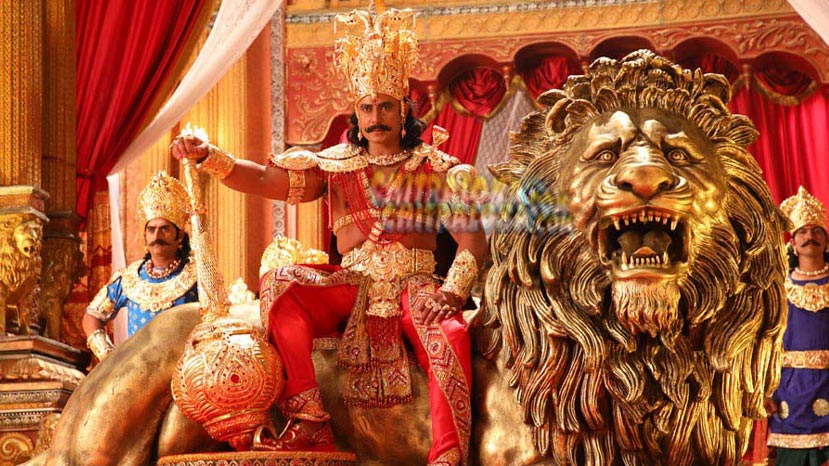 The songs of Darshan starrer 'Kurukshetra' is all set to be released on the 07th of July. Meanwhile, the fans of the actor is upset that the photos of Darshan is not on the passes given to them.

The team of 'Kurukshetra' is planning to release the songs in a big way and has organised a big event. Meanwhile, passes for the event is being issued and fans of Darshan are upset that there is no photo of the actor on the passes.

'Kurukshetra' is based on the Mahabharatha and Darshan has played the role of Duryodhana, Ambarish, Ravichandran, Srinivasamurthy, Nikhil Kumar, Shashikumar, Sonu Sood, Ravishankar, Srinath, Haripriya and others are play prominent roles in the film. Naganna is the director.