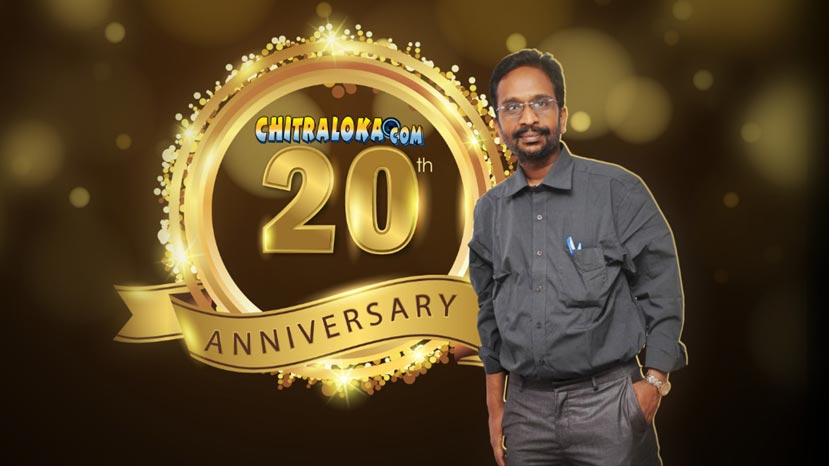 Chitraloka.com which was launched by Smt Parvathamma Rajkumar and Raghavendra Rajkumar on 26th June 2000 has completed 19 years successfully and today we celebrate the 20th birthday of Kannada film industry's First and Longest running Film portal In Karnataka.

Chitraloka opened the world of Internet to the Kannada film industry and the Kannada film industry to the world. For the first time there was 'breaking news' about Kannada films. For the first time there was instant updates about Sandalwood which people from around the world could access immediately. This was long before smartphones, Apps and social media. Chitraloka became a pioneer and grew along with Sandalwood in the last two decades.

Chitraloka was launched with articles supporting Kannada film industry with articles and images. Today, after 19 years not only has our list of services expanded to meet today’s technology but has created many milestones. Chitraloka, with its success has achieved few more golden feathers in its cap.

Chitraloka gained many credits along the way. It became the highest ranked website from Karnataka pretty early. It became the biggest repository of Kannada film photographs. Several exhibitions of the photographs have been held and twice this entered the Limca Book of Records. There were many personality specific photo exhibitions also especially in other states and overseas.

We also thank all our team, each and every member of Kannada Film Fraternity, Media, browsers, PRO's, Kannada film fans, advertisers and well wishers for making Chitraloka one of its kind.