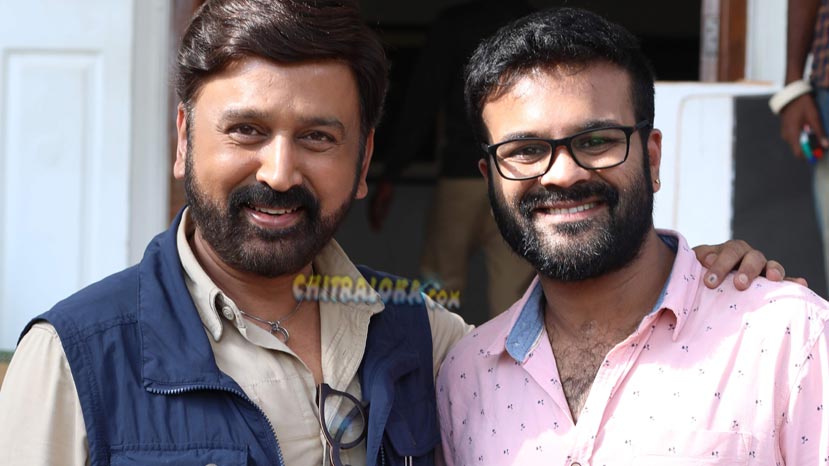 Director Akash Srivatsa who is currently busy with the post production of his latest film 'Shivaji Suratkal' has turned editor with Ramesh Aravind's new film '100'.

Akash Srivatsa is Ramesh Aravind's protege and had worked for his films a few years back. Later, Akash went on to become director with a short film called 'Sulle Satya', after which he directed Dhananjay starrer 'Badmash'. Akash later went on to direct his mentor Ramesh in 'Shivaji Suratkal'. Seeing Akash's sense of editing, Ramesh has given him an opportunity to edit his latest film.