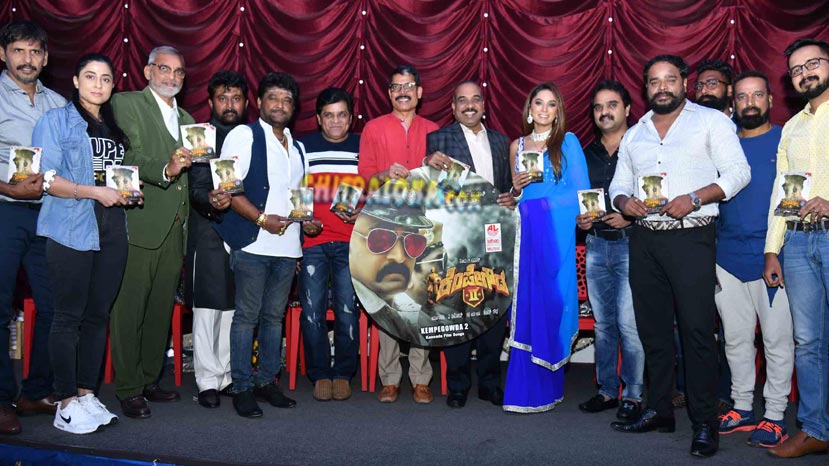 The trailer of 'Kempegowda 2' was released a couple of months ago and the trailer was a big hit. Now the audio of the film was released  on Tuesday. Telugu actor Ali, Jaggesh, Lahari Velu and others were present at the occasion.

'Kempegowda 2' is being directed by Shankar Gowda. Shankar had acted in many films earlier and this is his debut film as a director. Komal plays a rough and tough cop in the film, while cricketer Srishanth plays the antagonist in the film. Unlike Komal's previous films, 'Kempegowda 2' is not a comedy, but an out and out action thriller.

'Kempegowda 2' is complete and is ready for release. Rishika Sharma is the heroine. Yogi plays a prominent role in the film apart from Komal. The music is scored by Varun Unni.