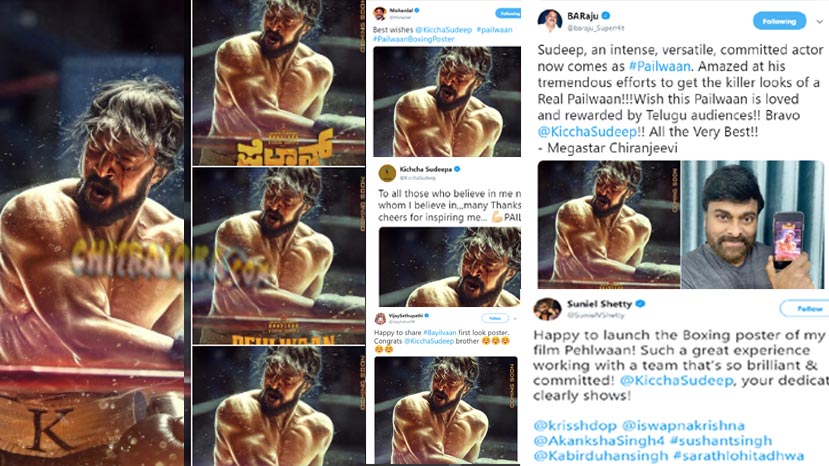 The boxing poster of Sudeep starrer 'Phailwan' was released on Tuesday and within minutes of the release, the poster became talk of the town. The poster was not only released in Kannada, but five different languages and by different stars.

The Telugu version of 'Phailwan' was released by Mega Star Chiranjeevi, Malayalm by Mohan Lal, Hindi by Sunil Shetty, Kannada by Sudeep and Tamil by Vijay Sethupathi. All the posters were released simultaneously and all the posters became instant hit.

'Phailwan' is gearing up for an August 09th release and the team is busy with the post-production of the film. The film is produced by Swapna Krishna and written and directed by S Krishna. Karunakar is the cameraman, while Arjun Janya is the music director.