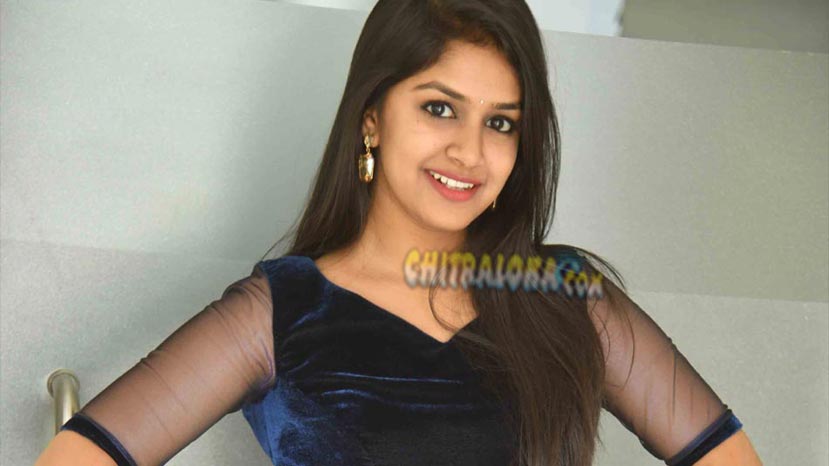 Actress Sanjana Anand who made her debut with 'Chemistry of Kariappa' has become the hot property of Kannada film industry. The actress was recently roped in for Chiranjeevi Sarja's 'Kshatriya'. Now Sanjana will be acting in 'Salaga' opposite 'Duniya' Vijay.

'Salaga' is all set to be launched tomorrow at the Bande Mahakali Temple in Kempegowda Nagar. Sudeep will be sounding the clap for the first shot of the film, while former Chief Minister Siddaramaiah will be switching on the camera.

'Salaga' is being scripted and directed by 'Duniya' Vijay. Apart from direction, Vijay will be also be seen in the title role of the film. The film is being produced by K P Srikanth under Venus Entertainers banner. Shivasena is the cinematographer, while Charan Raj is the music director. Masthi Manju is in charge of the dialogues.