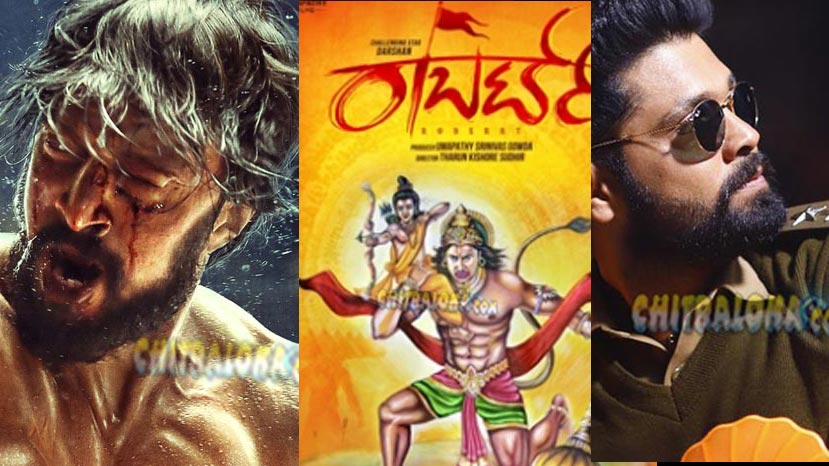 Fans of Kannada films are sure in for a treat this week. The boxing poster of 'Phailwan' has been released and has been the talk of the town. To add an icing on the cake, the theme poster of 'Robert' and the second teaser of 'Avane Srimannarayana' will be releasing today and tomorrow.

The boxing poster of Sudeep's 'Phailwan' was released on Tuesday and has been a huge hit. Director Tarun Sudhir had earlier announced that he will belaunching the theme poster of 'Robert' on Wednesday and fans are eagerly waiting for the release of the poster. Meanwhile, the team of 'Avane Srimannarayana' has announced that the second teaser called 'Rise of the hero' will be launched tomorrow (Thursday) on occasion of Rakshith's birthday.

The theme poster of 'Robert' will be released today morning at 11 by Darshan through his twitter account, while the teaser of 'Avane Srimannarayana' will be released in You Tube via Rakshith's new account Team Rakshith.