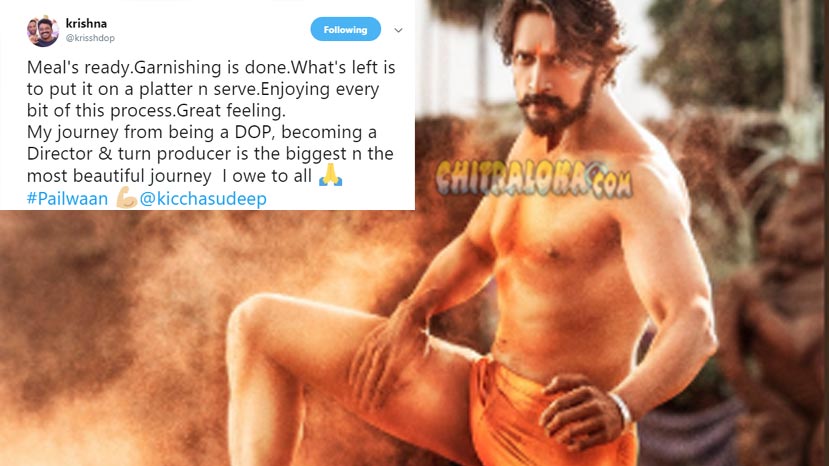 Sudeep starrer 'Pailwan' is almost complete and director Krishna has confirmed that it is ready to serve. The film is already scheduled to release on the Varamahalakshmi festival day across India in various languages simultaneously.

film is ready. 'Meal's ready. Garnishing is done. What's left is to put it on a platter and serve. Enjoying every bit of this process. Great feeling. My journey from being a DOP, becoming a director and turn producer is the biggest and the most beautiful journey. I owe to all' tweeted Krishna.

'Pailwan' is being produced by Swapna Krishna and written and directed by S Krishna. Karunakar is the cameraman, while Arjun Janya is the music director. Akanksha Singh is the heroine, while Kabir Singh Duhan, Chikkanna, Sunil Shetty and others play prominent roles in the film.