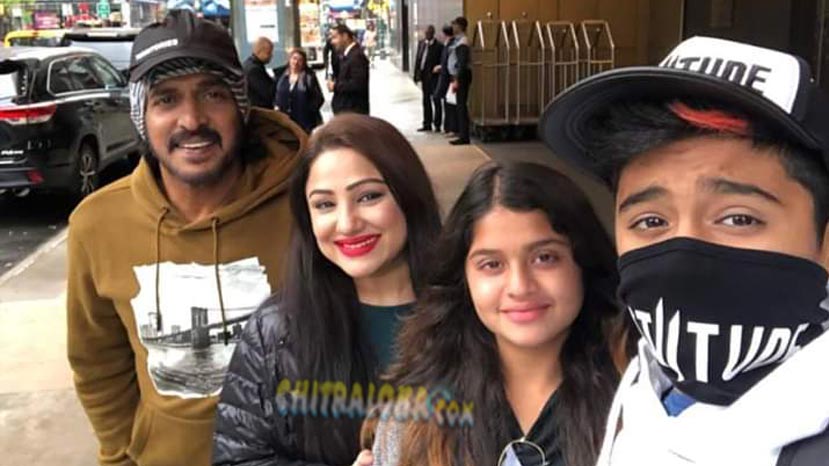 Upendra was busy the whole year in films and in politics. With the Lok Sabha polls over and the results are awaited, Upendra along with his family has gone to North America for vacations.

Upendra, Priyanka, Aishwarya and Ayush are in North America for the past few days and has shared many photos of the memorable vacations through social media. Upendra also celebrated Ayush's birthday there this year.

Meanwhile, Upendra's new film 'I Love You' is all set to release on the 14th of June.