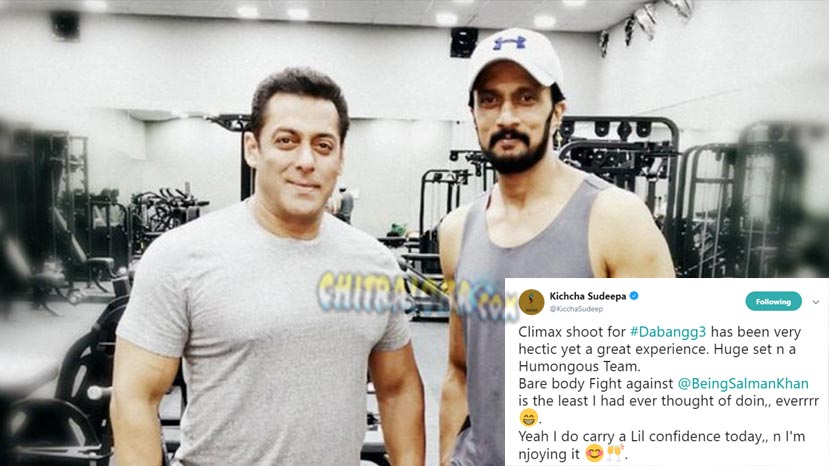 Bollywood superstar Salman Khan and his love for showing off his bare body is a known thing, but namma very own Abhinaya Chakravarthy Kichcha Sudeepa fighting bare body with none other than Salman Khan is a phenomena by itself!

The actor who is presently shooting for the climax sequence of Dabangg 3, has shared that he could have never ever imagine that he would be fight bare body against Salman Khan, but with the little confidence he has now after started working out, he adds saying he is enjoying doing it.

He also adds that it has been a great experience shooting for the Hindi film involving a great bunch of team behind the making of it.

For Pailwaan, Kichcha Sudeepa had started to hit the gym, for that chiseled body as the posters revealed his bare body looks as a 'kusti patu'. Fans cannot wait to catch a glimpse of the bare body fight of two superstars on the silver screen.