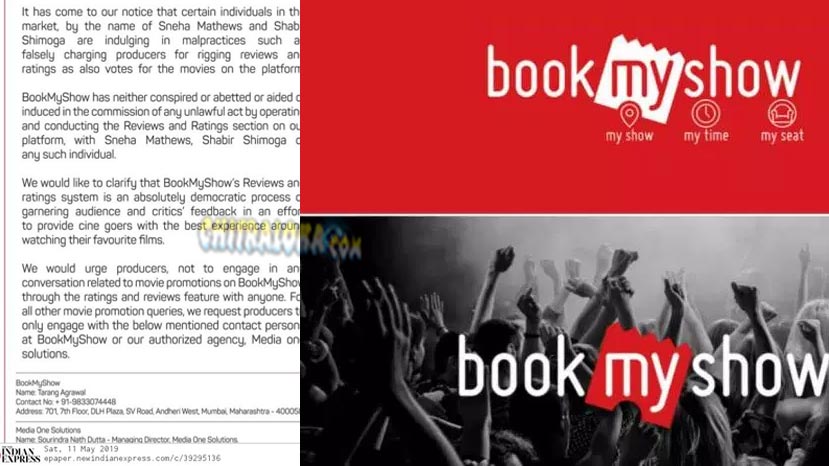 Following speculations over malpractices regarding rigging of reviews, ratings and also votes for movies on its platform, the leading online advance ticketing platform - Book My Show, in an official statement made public on Saturday, has clarified that it has neither conspired or abetted, aided or induced in commission of any unlawful act by operating and conducting the reviews and ratings section on its platform with Sneha Mathews, Sabir Shimoga or any such individual.

It has made the statement after noticing that certain individuals in the market by the name Sneha Mathews, Sabir Shimoga are indulging in malpractices such as falsely charging producers for rigging reviews and rating of movies on its platform.

It further clarifies that reviews and rating system on its platform is an absolutely democratic process of garnering audience and critic's feedback in an effort to provide audience the best experience around watching their favourite films. It also urges the producers to contact only the authorised person of Book My Show for promotion of movie and not with anyone else.