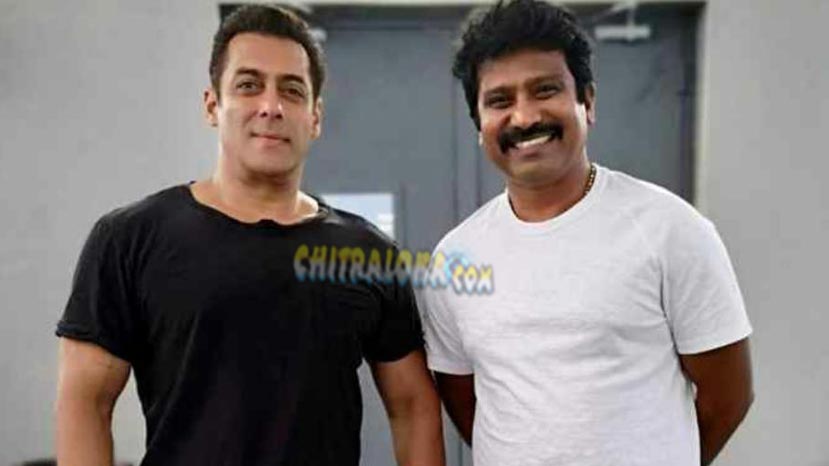 One of the most popular and celebrated directors of sandalwood, Jogi Prem who recently delivered the biggest hit - The Villain, featuring two superstars, Century Star Shivarajakumar and Kichcha Sudeepa, who shared the silver screen for the first time, is presently in Mumbai on the sets of Hindi movie - Dabangg 3.

It was none other than Prem's wife, Rakshita Prem who recently made it public that her husband is accompanying Kichcha Sudeepa to the sets of Dabangg 3 starring her favourite actor Salman Khan. She had even expressed disappointment that Kichcha chose not to take her to the sets of the movie, to which Kichcha smartly replied saying he did not wanted to trouble her!

Further, adding more to his wife's disappointment, Prem has shared the photo of his along with Salman Khan from the sets of Dabangg 3, saying that it was a great experience meeting both Salman Khan and Kichcha Sudeepa on the sets. They are very passionate about their work and explained their committed towards achieving efficiency in the making of the film, he says.

We are waiting for Rakhitha Prem' reaction to the photo of her hubby with her.most favourite actor of all time from Bollywood - Salman Khan!