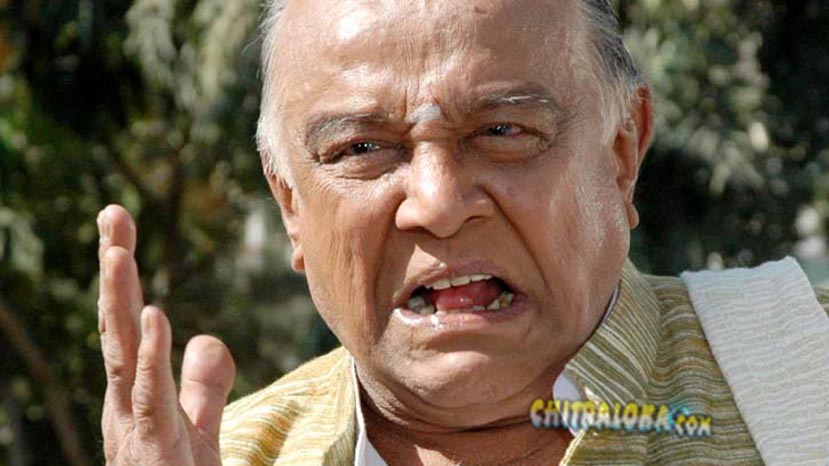 One of the most intelligent, witty and hard-hitting versatile artist, Master Hirranaiah who has made a mark for himself across various forms of performing arts, be it theatre, movies and television, is no more. He breathed his last today and is survived by his wife, five children and eleven grandchildren.

The legendary artist who has scores of drama to his credit including his most popular 'Lanchavatara', 'Brahstachara', Makmal Topi and others are an eye opener holding mirror to the sad state of Indian politics, which remains relevant to even this date.

The master, as he is referred to, has acted in more than 30 films including his debut film 'Vani' made by his father K Hirranaiah. As Dattu in Lanchavataara, which he performed it for over a 35 years is one of the most popular drama, earned him the highest recognition along with criticism too.

Despite harsh criticism he faced for his brilliant portrayal of corrupt practices in politics, the 'cultured comedian' earned respect from the commoners including politicians. One of his long running tele-serial Yettangadi Yenkatappa ran for over a decade and another tele-serial Punyakoti completed 1000 episodes.

He was last seen in ...Re directed by Sunil Kumar Desai and his previous ones were C/ o Footpath 2 and 73 Shanti Nivasa directed by Kichcha Sudeepa.

The who's who of sandalwood, theatre and television personalities including politicians have expressed grief over the sad demise of Master Hirranaiah.