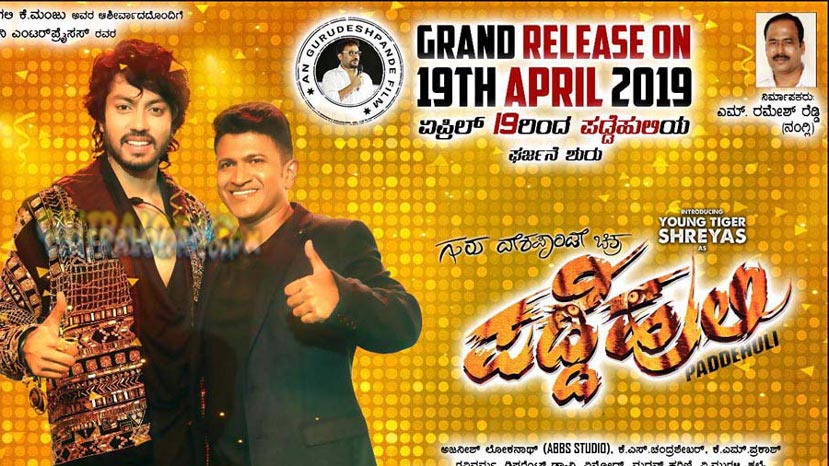 Shreyas's debut film 'Paddehuli' is all set to release across Karnataka on the 19th of April. Meanwhile, Puneeth Rajakumar is said to have played a special role in the film. Director Guru Deshapande himself has announced that Puneeth has played a special role, but has not divulged any details about the role.

PaddeHuli' is produced by M Ramesh Reddy under the Tejaswini Enterprises banner. Guru Deshapande is the director. Ajaneesh Lokanath is the music director, while K S Chandrashekhar is the cinematographer.