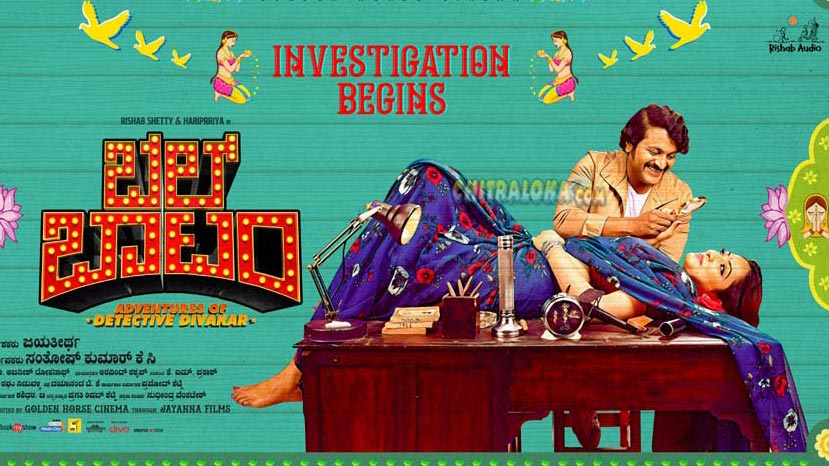 Rishab Shetty's 'Bell Bottom' directed by Jayatheertha has completed a successful 50 days at Veeresh, Kamakya and other theaters.

'Bell Bottom' was released in the month of February and was an instant success. The film not only got good appreciation from all over, the satellite and digital rights were sold for a good amount. Apart from that, the Telugu and Hindi remake rights of the film was also sold.

'Bell Bottom' is a periodic thriller set in the 1980s. The film is about the adventures of a detective called Divakar. Jayatheertha has directed the film, while T K Dayanand has helped him in the story, screenplay and dialogues. Ajaneesh Lokanath is the music director, while Santhosh Kumar K C is the producer.