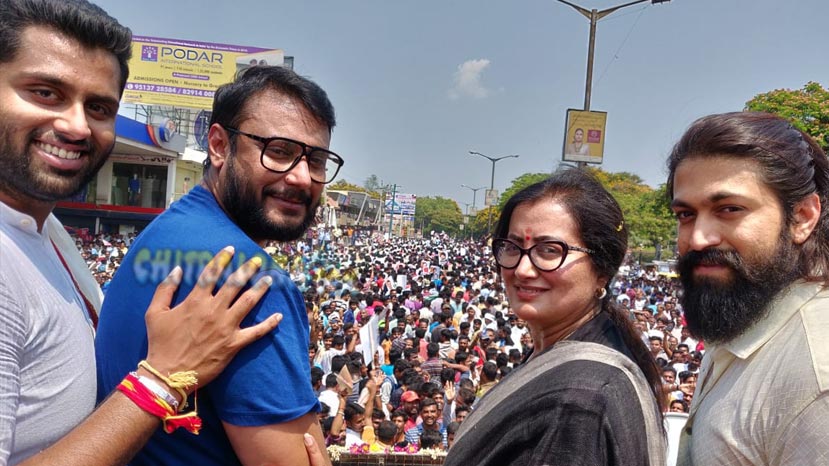 Actors Darshan and Yash campaigned for the third consecutive day for Sumalatha Ambarish at the Mandya constituency on Wednesday.

Darshan and Yash are campaigning for Sumalatha from the past three days and will be continuing until the campaign ends on the 16th April. Actors Prem, Ravichetan and others also participated in the campaign on Tuesday. More members from the film fraternity is expected to support Sumalatha in the coming days.

Actress Sumalatha Ambarish is contesting against Nikhil Kumaraswamy for the upcoming Lok Sabha polls from the Mandya constituency. Sumalatha is contesting as an independent candidate and is backed by Bharatiya Janatha Party