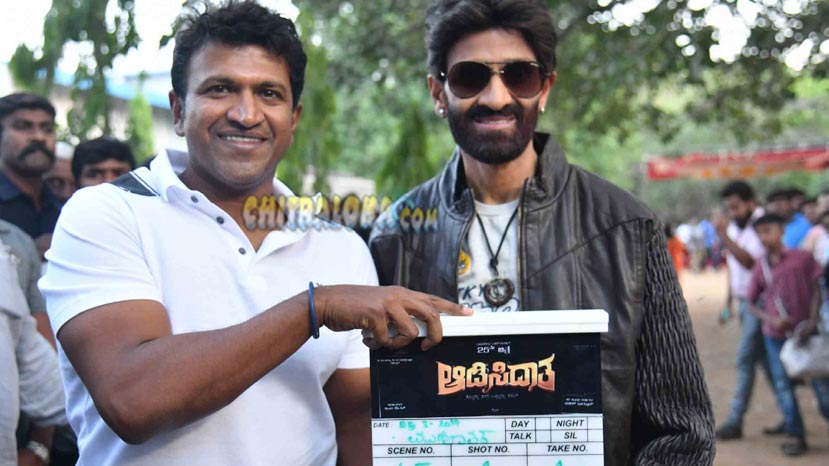 Raghavendra Rajakumar's film 'Aadisidaata' was launched in Bangalore and actor Puneeth Rajakumar sounded the clap for the first shot of the film. Many family members of Dr Rajakumar including Vinay Rajakumar, Guru Rajakumar and others were present at the occasion..

'Aadisidaata' is being written and directed by Harish Bharadwaj. The film is a thriller and stars Raghavendra Rajakumar, Sri, Abhi and others in prominent roles. The film is being produced by B M Chethan.