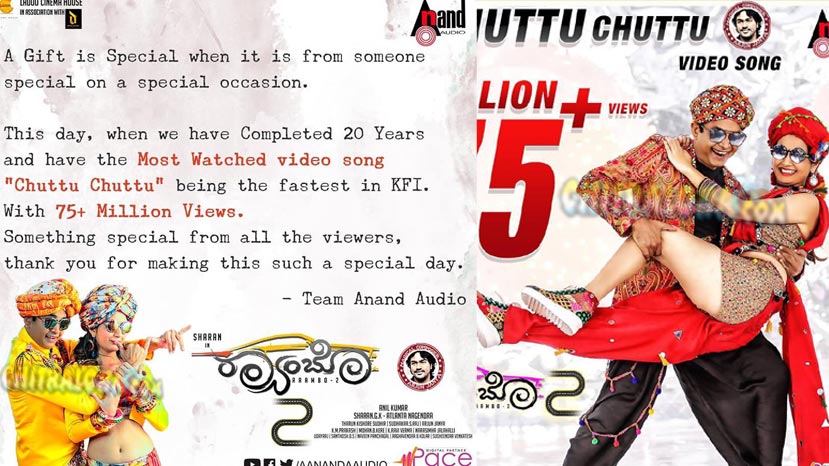 One of sandalwood's premiere audio label - Anand Audio marks its twenty successful years in the industry. On this occasion, it celebrates its most popular video song from the movie Rambo 2 - 'Chutu Chutu’ on its YouTube channel with has crossed 75 million plus views, making it the most watched Kannada video song on YouTube.

The song is composed by Arjun Janya in the voice of Ravindra Soragavi and Shamita Malnad. It is is penned by Shivu Bergi, which features Sharan and Ashika for the film Rambo 2 directed by Anil Kumar.

The audio label thanks its viewers for making its 20 years of journey, a special one.

The two decade year old company was started in 1999 by its founder Late Shri. Mohan Chabria. With over 700 + Films, 1000 Devotional and Non Film Album, Anand Audio is growing strong with more than 7000+ Songs. Anand Audio also has the biggest YouTube channel for Kannada Movies Music in India, with over 3.6 Million subscribers and growing.