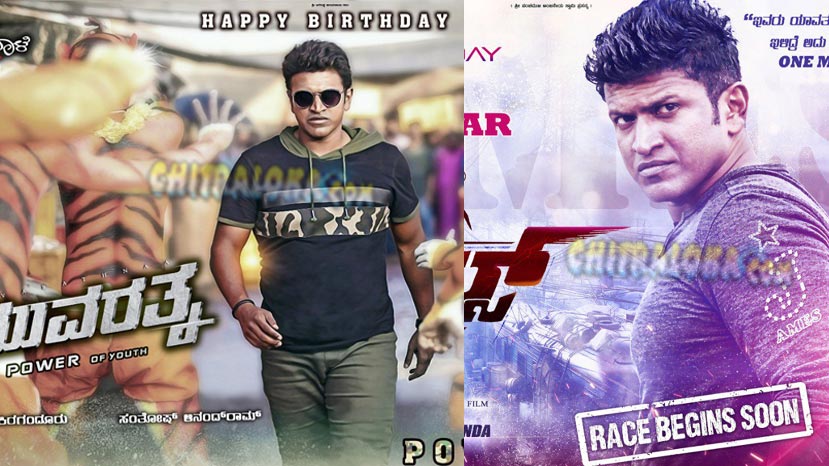 Puneeth Rajakumar will be celebrating his 44th birthday today and on the occasion of his birthday, the posters of his new films 'Yuvaratna' and 'James' will be released on Sunday.

The shooting for Santhosh Anandaram's directorial, 'Yuvaratna' is in full progress and Santhosh had planned to release the teaser of the film on Puneeth's birthday. However, due to to various reasons, the teaser got delayed and Santhosh is releasing the first look poster of the film.

Apart from that, Chethan Kumar who is directing Puneeth in 'James' will be releasing the motion poster of the film.