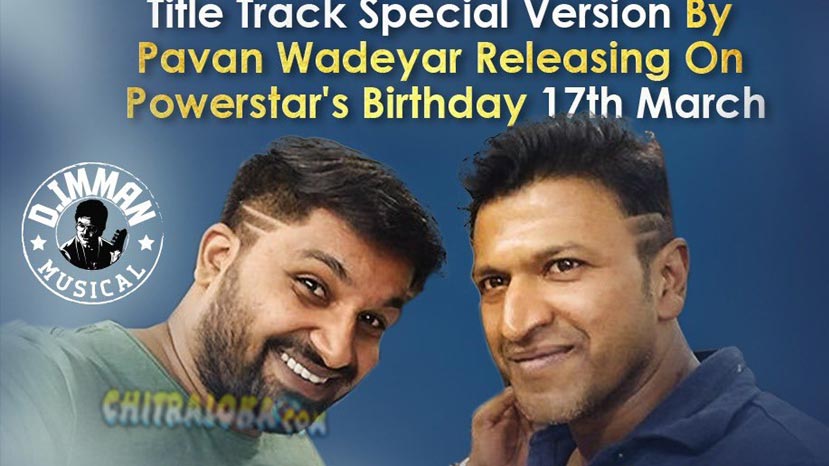 Chitraloka: The day for which every die hard fan of Power Star Puneeth Rajkumar eagerly awaits once in a year, is finally here. As sandalwood's favourite star turns 44, the Natasaarvabhowma film team has gifted the actor, producer and singer, a special birthday present.

As announced earlier by director Pavan Wadeyar, the special track version of Natasaarvabhowma has been released on Power Star's birthday.

Speaking to Chitraloka, Pavan says that, “We wanted to do something special for Appu sir on his birthday and we came up with the idea to record a special version of the film's title track with new lyrics by retaining the original composition of D Imman for the song. I have penned it by using at least 41 various titles of Appu sir's, both from his movies and the ones given to him by his beloved fans and admirers.”

The power star recently took to his micro-blogging sites, requesting his fans and followers to not bring any cakes, flowers and other presents and instead use the money for any other good cause. He tweeted saying that your (fans) presence is the biggest present to him.

Also, on the occasion the Yuvarathnaa first look has been released and his upcoming venture James is set for a grand launch. Chitraloka wishes power star Puneeth Rajkumar and our dearest Appu, a many more happy returns of the day.