Vijayalakshmi Used Me Like A Tissue Paper & Then Made False Accusation: Raviprakash 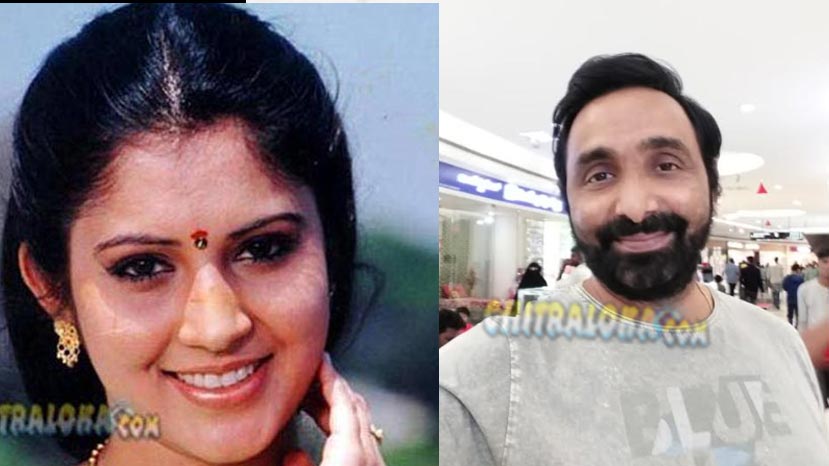 Following actress Vijayalakshmi who cried for help before the media, expressing disappointment that no one from the film industry came forward to extend financial and moral support to her, several including Abhinaya Chakaravarthy Kichcha Sudeepa came to her aid by donating Rs 1 lakh for her medical expenses.

That apart, she was even offered work in films. Amongst others, actor Ravi Prakash, also an engineer who helped the actress by donating Rs. 1 lakh towards her medical expenditures along with buying her clothes and basic necessities, has been accused of giving mental torture by none other than the actress herself! 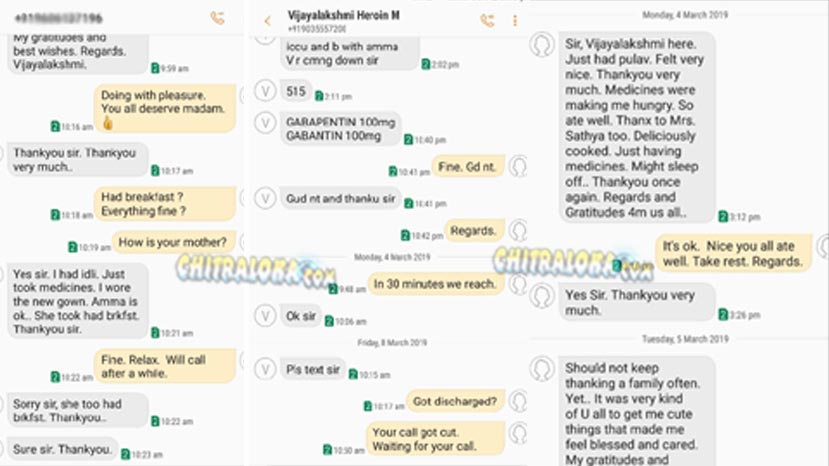 Speaking to Chitraloka, Raviprakash says, “After seeing the actress requesting for help on television, I called her up on February 25th offering her help. Two days later, I got a call from the actress and I went and met her sister at the Mallya Hospital reception and gave her Rs 1 lakh. Later she got herself admitted in Jayadeva Hospital, to where I met her for the first time along with my sister and my brother-in-law. We bought her clothes and other basic necessities including food and other materials. I always visited her along with my sister and my brother in law.”

The actress's sister Usha Devi has fallen on my feet thrice, saying that their father has come to help them through me, says Raviprakash, adding that he has all the messages, call records and all the audio conversations seeking assistance from him on several occasion. 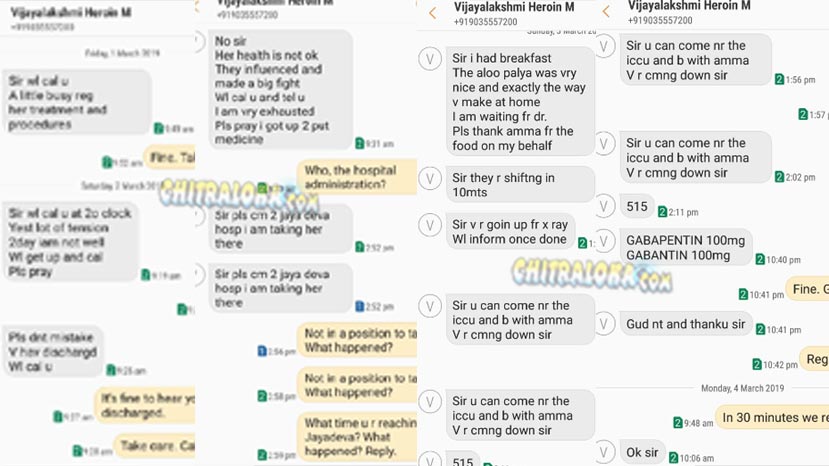 Few days after later, according to Raviprakash, when the actress did not respond, he came to know that they have yet again shifted to another hospital and this time, to Apollo Hospital. “I tried calling but the actress did not respond and finally when I contacted through my sister, the actress accused me of giving her 'tension’. I was shocked and felt very disappointed. I kept quiet thereafter. I felt like I was used like a tissue paper. I as an artist helped another artist who is a woman and for my humanitarian gesture, I had to listen to such accusation,” he adds.

Later, Raviprakash says that he got a call from the Puttenahalli police saying that actress has orally complained to them against me. “I met the police and explained everything with all the evidence. The police were convinced. I will definitely file a complaint if the actress continues it and files any written complaint,” he concludes.