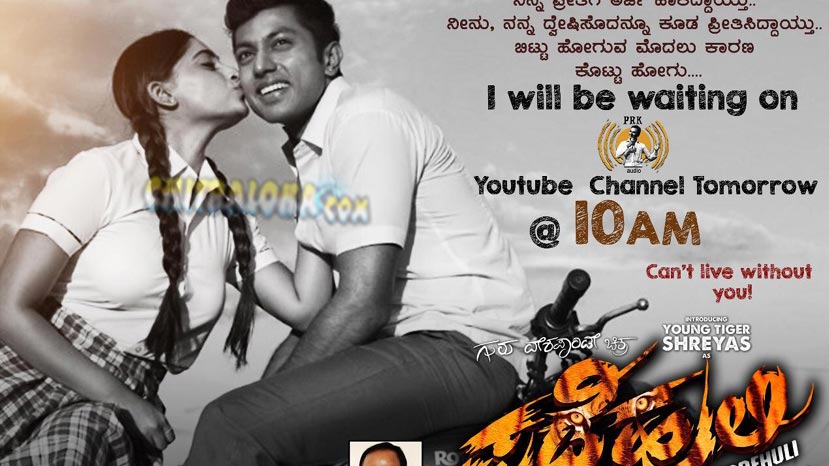 The shooting for producer K Manju's son Shreyas's debut film as a hero 'Paddehuli' is complete and the team is planning to release the film soon. This is the second song of the film and earlier a song dedicated to Dr Vishnuvardhan was released.

'PaddeHuli' is the remake of Tamil hit 'Meesaya Murukku' which was released last year. The film is being produced by M Ramesh Reddy under the Tejaswini Enterprises banner. Guru Deshapande is the director. Shreyas, Nishvika Naidu, V Ravichandran, Sudharani and others play prominent roles in the film.