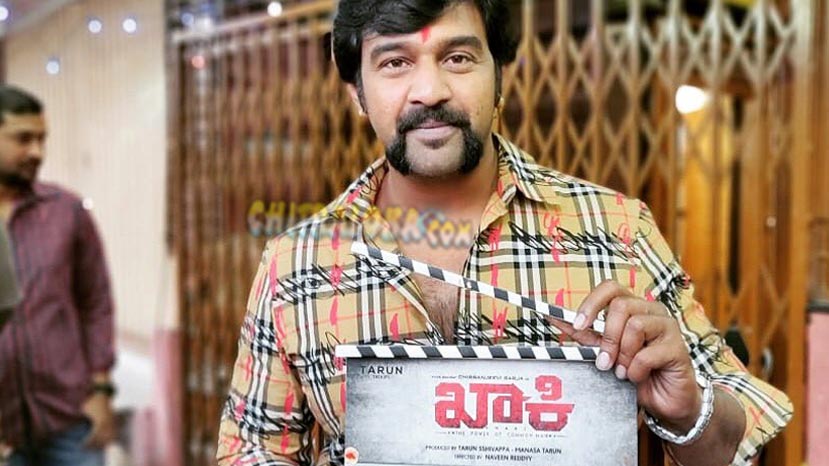 'Khakhi' is being produced by Tarun Shivappa, while directed by Naveen Reddy. Vidyadhar has written the story and screenplay for the film. The film is a story about a commoner's fight for justice and Chiranjeevi plays the role of the commoner.

The heroine for the film is yet to finalized. Balu is the cinematographer, while Ritwick is the music director. The film will be shot for 60 days in and around Bangalore.