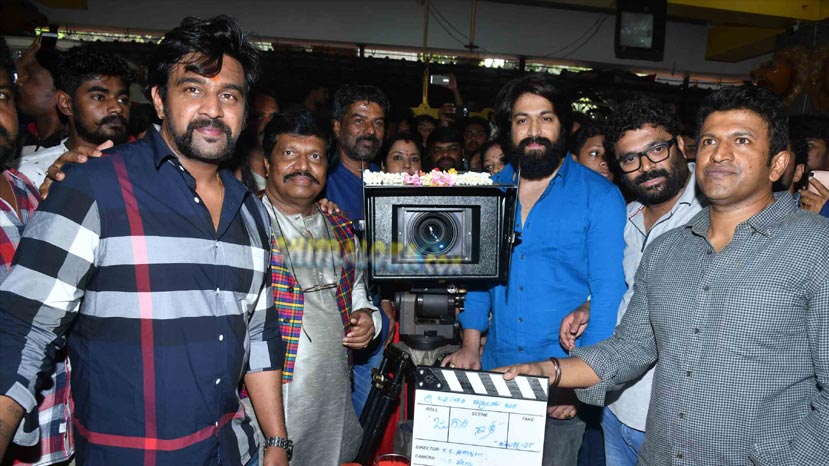 T S Nagabharana's new film 'Jugari Cross' which is based on the very famous novel of the same name by K P Poornachandra Tejaswi was launched on Sunday at the Nimishamba Temple in Jayanagar.

Actors Puneeth Rajakumar and Yash were the chief guests at the launch and while Puneeth sounded the clap for the first shot, Yash switched on the camera.

'Jugari Cross' is being produced by 'Kaddipudi' Chandru and Chiranjeevi Sarja plays the main role in the film. Vasuki Vaibhav is the music director, while H C Venu is the cinematographer. The film will be shot in the forests of Dandeli and other places.