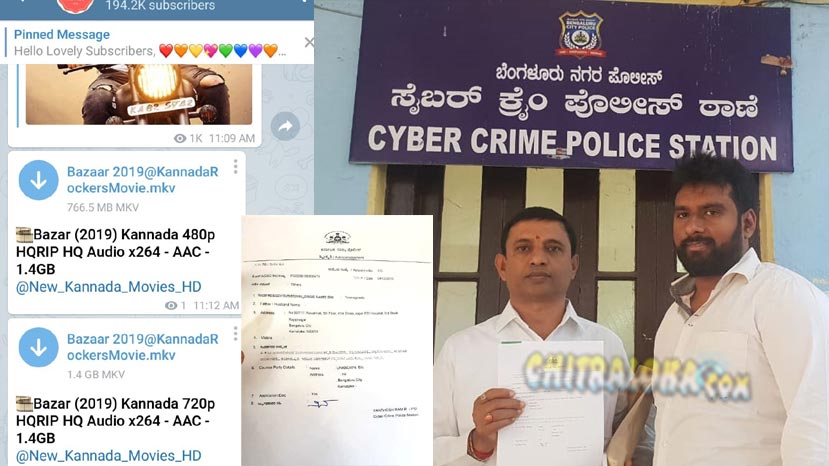 'Simple' Suni's new film 'Bazaar' which was released last week is getting good response all over. Meanwhile, the team has complained to the Cyber Police about the piracy of the film.

Recently, somebody has shot the film inside theater and has uploaded to internet which has caught the attention of 1.82 lakh viewers. So, the makers of the film have approached the Cyber Police and has filed a complaint regarding the piracy.

'Bazaar' stars newcomer Dhanveer Gowda along with Aditi Prabhudeva. The film is produced by Thimmegowda. M L Prasanna has written the story, while Suni has written the screenplay apart from directing it. Santhosh Rai Pathaje is the cinematographer, while Ravi Basrur is the music director.