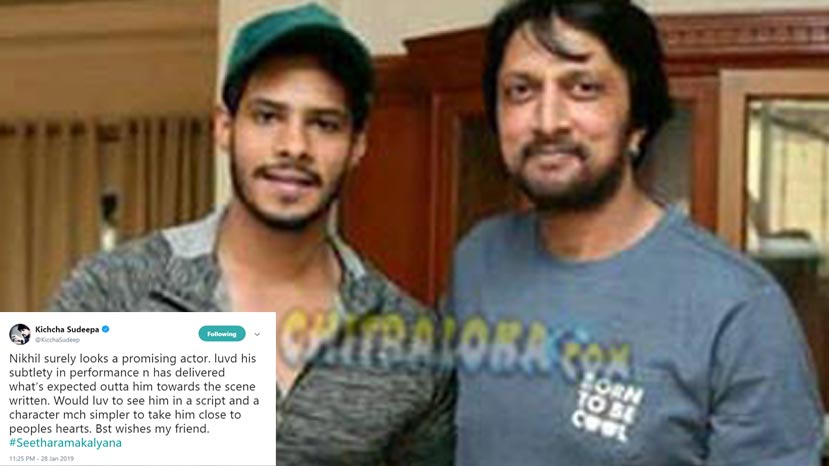 With just two films old, Nikhil Kumar, son of Chief Minister H D Kumaraswamy, has earned a lot of accolades for his performance especially for his role in his latest release - Seetharama Kalyana, made under Channambika Films.

The biggest compliment of all was when Kichcha Sudeepa himself praised his acting skills after watching the movie. He went onto praise Nikhil saying that he certainly looks like a promising actor.

“Nikhil surely looks a promising actor. Loved his subtlety in performance and has delivered what’s expected out of him towards the scene written. Would love to see him in a script and a character much simpler to take him close to people's hearts,” Kichcha says, while wishing him the best for his future endeavours.

Recently even the actor's grandfather and former prime minister, H D Deve Gowda who along with his entire family watched Seetharama Kalyana. Even a special screening of the movie was arranged for the who's who of politicians in the state.