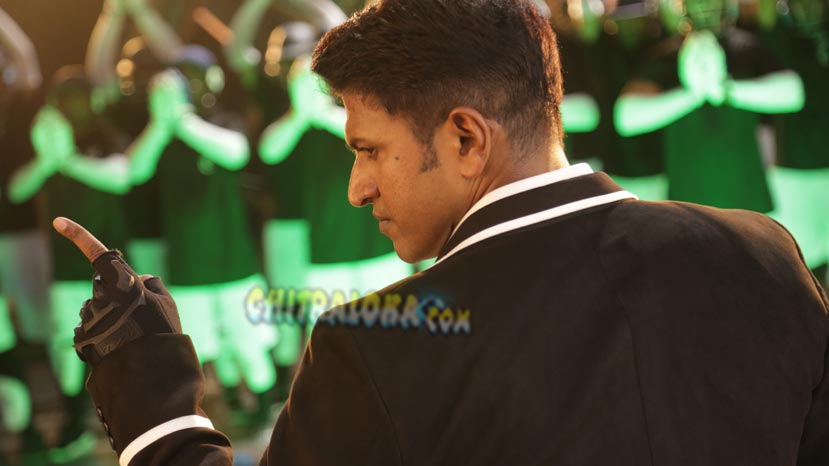 Puneeth Rajakumar's new film 'Natasarvabhowa'  has created a record of sorts. The trailer of the film was released today morning and within a span of 15 minutes, the film has managed to get one lakh views which is not only new for Kannada film industry, but also is a new record.

'Natasarvabhowma' is being produced by senior producer Rockline Venkatesh. Pawan Wodeyar  has written the story, screenplay and dialogues apart from directing the film. Vaidhi is the cameraman, while D Imaan is the music director.

Chikkanna, Ravishankar, Achyuth Kumar, B Saroja Devi and others in prominent roles. Actress Rachita Ram is the heroine of the film.