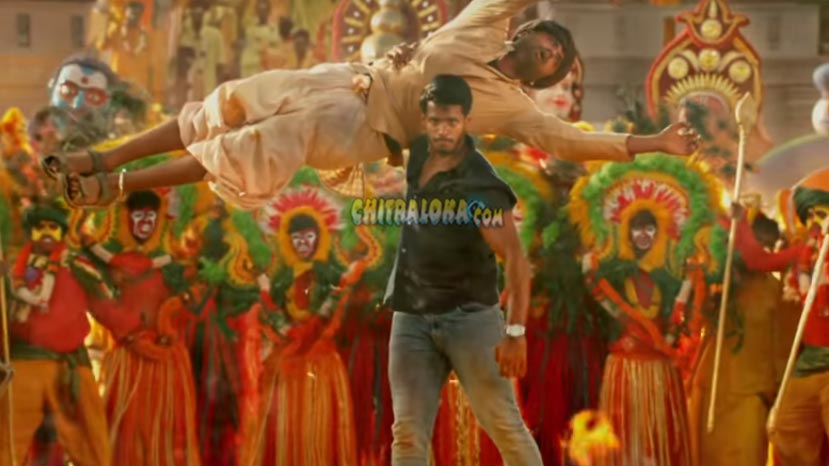 After an impressive debut, Yuvaraja Nikhil Kumar's second outing - Seetharama Kalyana, directed by choreographer turned director A. Harsha is ready for release even as the trailer of the movie was released at a grand event organised in Mysuru.

In a never seen event organised for the release of a movie trailer, Chief Minister H D Kumaraswamy himself graced the event appreciating the entire film team's work. Made under their home banner - Channambika Films, the movie is produced by Smt. Anitha Kumaraswamy.

Following release of the trailer, many star actors and directors including Kichcha Sudeepa, Simple Suni and others appreciated the effort and hard work went into the making of the movie with special mentioning of Nikhil Kumar's performance.

The trailer of Seetharama Kalyana showcases the grand making which promises to entertain the movie lovers with a cute love story and farmers in prime focus. Director Harsha has gracefully packed the right amount of emotions, drama, action and thrilling elements, as seen in the trailer, which has raised the expectations of Seetharama Kalyana, which releases worldwide on January 25.