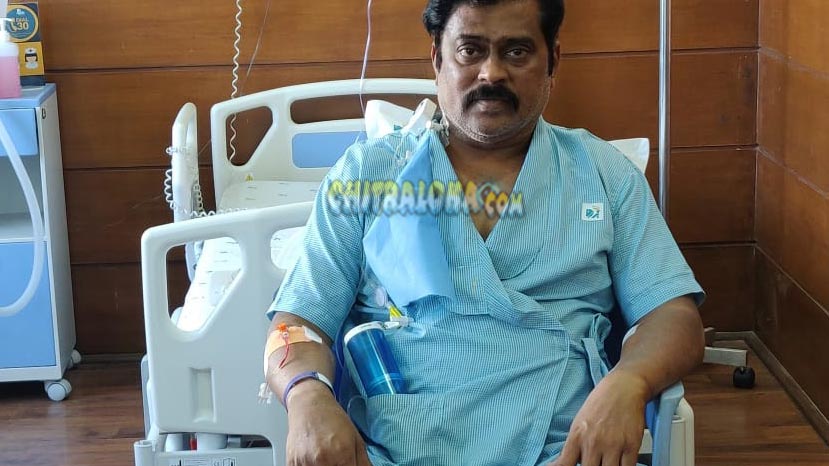 Producer K Manju is recovering after he underwent a surgery to prevent holes in his heart. The surgery took place at the Apollo Hospital in Bengaluru. Hospital sources said he was recovering rapidly and is completely out of danger.

Manju is one of the most prolific film producers in Sandalwood and has produced around 50 films in Kannada. Manju is introducing his son in a new film Padde Huli which is on the floors now. The health crisis for Manju was a sudden diagnosis as he was not suffering from any symptoms. A large number of film personalities have wished him a speedy recovery.

Stars like Ravichandran even visited him in the hospital. Just a day after surgery Manju is able to sit and even walk a bit. Doctors say he will be discharged very soon and should be able to get back to his regular routine within weeks.