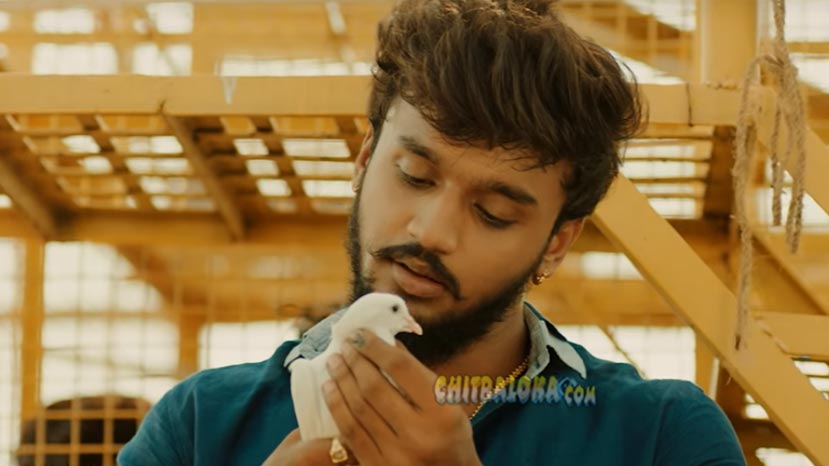 One of Sandalwood's most talented director Simple Suni is to set to hit a six with his next - 'Bazaar’, which is all is set fly high from January 11. With 31 lakhs plus views of its trailer in less than two days, the movie which marks the debut of Dhanveer who is paired opposite the beautiful Aditi Prabhudeva, has raised a lot of expectations amongst the cine audience.

While 'Bazaar’ is based on the popular local sport - pigeon flying competition, the tale comes along with a cute love story packed with all the commercial elements. Sadhu Kokila will be seen in a hatke avatar, adding the much needed humour in Bazaar.

On what inspired Simple Suni to web a story around pigeons, he says, “I was reading an article about pigeons in a magazine when I was flying to some destination. When I later heard the story based on a real life incident of a man revolving around pigeon flying competition from Prasanna, the thought provoked me further. But it was Jayasimha who shared it with me, Bazaar became a reality, and hence the story credit goes to both Prasanna and Jayasimha.”

Around 500 real trained pigeons were part of the film shooting, and the flying competition which were shot in the real locations where such contests are held regularly in the city.

The filmmaker further reveals that it almost took two months to get animal board's clearance to film the pigeons.

“The crucial clearance came with conditions such as getting medical certificates done from an authorised veterinary doctors on an everyday basis after the packup,” says Suni.

He further clarifies that Bazaar is not the remake of Tamil film 'Maari’. “It is not a remake. There have been few films such as Chowka where few scenes involving pigeons have been shot, but in Bazaar pigeons are the prime focus,” he adds as he wraps it up.