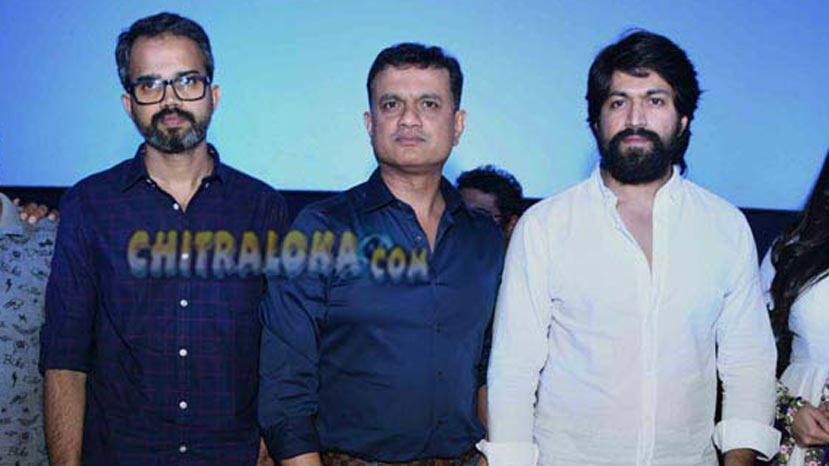 Yes you read it right. There are two superheroes behind the hero of KGF Yash. Is it really true? Yes of course! Today KGF is on everyone's mouth. The grand film has caught the attention of film buffs everywhere. But Even before Yash's Mr & Mrs Ramachari was released and became a big hit, one person suggested a big budget film with Yash in the lead.

It was none other than Prashant Neel, the first superhero. He had made a big name for himself with Ugramm and there were many actors who wanted to work with him. But Neel wanted to cast Yash in his film. Today everyone is talking about the music, art work, sets, grandeur and scale of KGF. One person had dreamt of it before anyone else and it was director Neel. He put together a team that worked for his vision. He motivated them by staying away from his home and family for five years day in and day out. Today the result is there for everyone to see.

The second superhero of KGF is producer Vijay Kiragundur. Neel had the vision but Vijay had the heart and guts to back that vision. Who else could have backed a proposed Rs 40 crore project which was a budget never tried before in Kannada with a director who was only one film old? Vijay spared no expenses and no compromises were made. Even after the film was complete, he backed the idea to take the film to a national level. He was a brave heart in that respect.

KGF was a team effort where everyone's sweat and blood was shed to make a big product. Along with the hero and hundreds of artistes and technicians were these two superheroes who remained behind the screen for most part of it.