Book Tickets And Experience KGF In Theaters Near You: Yash 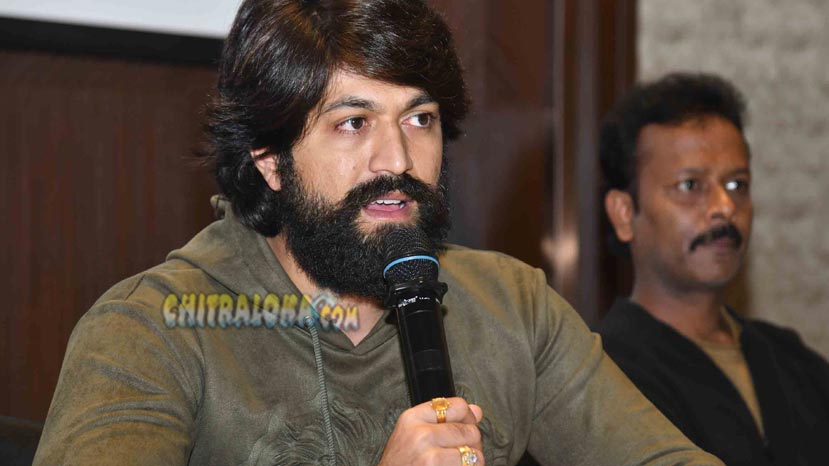 Even as there were speculation whether KGF directed by Prashanth Neel produced by Vijay Kiragandur under Hombale films would hit the screens on Friday as scheduled, Rocking star Yash has urged his fans and movie lovers to experience KGF in a theatre nearby along with requests to start booking tickets in advance.

Also, producer Vijay Kiragandur has maintained that he has not received any court order restraining the release of the film KGF. Further makes it clear that the movie will hit the screens as scheduled on Friday without any changes to it.

The makers have also made it clear that the film is not based on the life of any person, living or dead.