KGF Producer Requests Fans To Report Any Piracy Of KGF 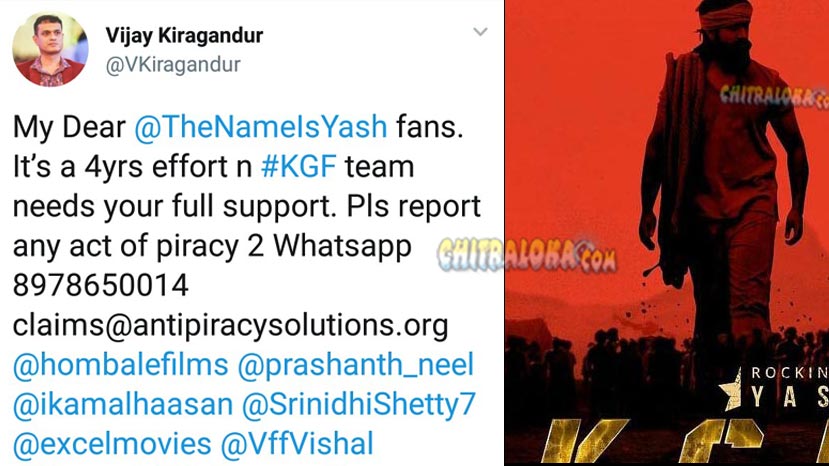 With just three days to go for the release of one of the most anticipated Kannada movie, KGF which is set to hit at least 2000 screens across the nation, is facing a tougher scene at present! While anti-social elements are allegedly making efforts to leak the movie, the entire KGF film team including the producer and the huge army of rocking star fans are on high alert to avoid any kind of piracy of the movie.

While they were reports that the censor copy of the movie has been leaked online by certain unknown miscreants, the producer Vijay Kiragandur has requested the movie lovers especially the fans of Kannada movies and Yash, to immediately act against any such efforts of miscreants by informing the concerned.

“My Dear Yash fans. It’s a four years effort and KGF team needs your full support. Please report any act of piracy to Whatsapp 8978650014 This email address is being protected from spambots. You need JavaScript enabled to view it.,” Vijaya, the producer pleads along with requests to tag him and the film team on Twitter reporting any such incidents. 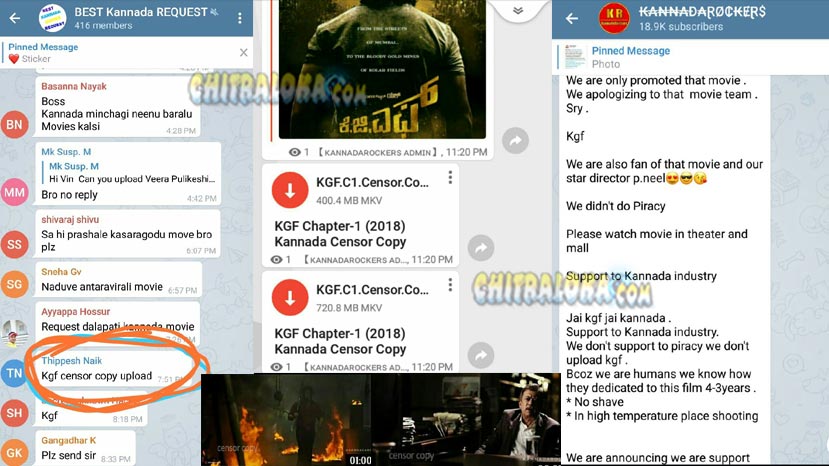 Meanwhile, ab unknown on line group which has been accused of leaking the censor copy of the movie has clarified that they have not leaked the movies and in fact they are the fans of Yash and Prashanth Neel. “We didn't do any piracy and we urge everyone to watch KGF in theatre,” they stated. However, a thorough probe into the allegation could unearth the persons, if any involved in such act.

The film team has also said that the movie is not leaked and it is just false news which are making rounds. It is the duty and responsibility of every Kannada movie lover to report piracy, at a time when a Kannada movie releasing in five languages is set to shine bright, taking sandalwood to the next level.