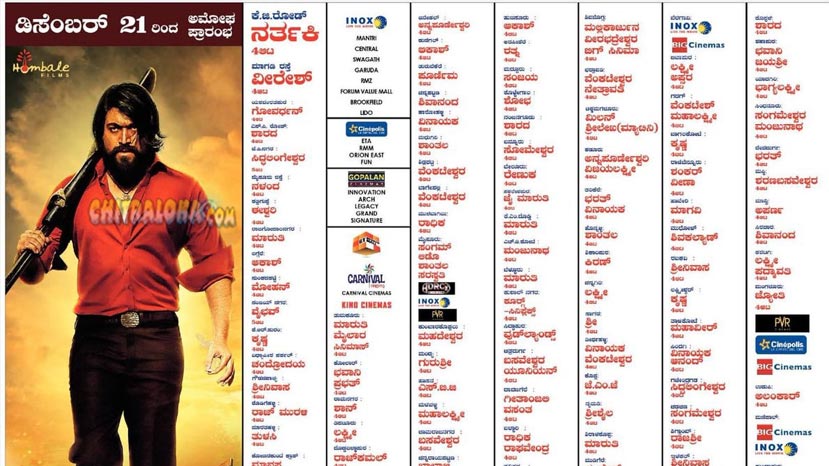 The film will have the widest release for a Kannada film and its dubbed version will have one of the biggest for an Indian film. Sources say that the theatre count will go beyond 2,000 pan India. The film is releasing in the US one day before it is releasing in India which is also a wide release.